You are here: Home / Articles / The Trial of Your Faith

As I read Dr. Bill Basansky’s article it ministered to my heart and encouraged me beyond compare so I have put it here for you to read today so you can be encouraged as well.

Dear Friend:
And the Lord said, Simon, Simon, behold, Satan hath desired to have you, that he may sift you as wheat: But I have prayed for thee, that thy faith fail not: and when thou art converted, strengthen thy brethren (Luke 22:31-32, KJV).

Every time that you dare to believe God for ANYTHING, your faith will be put on trial and tested. Satan believes that if enough pressure is applied on you, then you will get discouraged and quit. He will tempt you and try to lure you into sin.

If you have ever quit in the past, then Satan is counting on you to quit again. He will constantly remind you of your past mistakes and failures. He is a master when it comes to temptation and mind manipulation.

Satan does not believe that you will stand strong, believe God’s Word and continue to trust God when everything around you indicates that your situation will never change.

One of the keys to making a strong stand against the devil is understanding that TESTS AND TRIALS DO NOT LAST FOREVER. They are temporary and subject to change (2 Corinthians 4:18).

When you know that trials are subject to change, then you can endure because God’s Word never changes.

1 Peter 1:6-7 tells us that …the trial of your faith being much more precious than of gold that perisheth, though it be tried with fire.

Hebrews 10:35 says Cast not away therefore your confidence which has great recompence of reward.

Hebrews 10:23 …Let us hold fast the profession – confession – of faith without wavering for he is faithful that promised.

There hath no temptation taken you but such as is common to man: but God is faithful, who will not suffer you to be tempted above that ye are able; but will with the temptation also make a way to escape, that ye may be able to bear it (1 Corinthians 10:13, KJV).

The word temptation refers to any outside source that appeals to a weakness in your flesh and entices the flesh to take a closer look. If you don’t stop this thought process, it will set its hook in your soul and pull you right into the middle of some kind of sin.

This reminds me of the time when Joseph fled from Potiphar’s wife when she tried to seduce him (Genesis 39:12). In other words, Joseph did not stay in a bad situation and try to negotiate. He fled from there as quickly as he could!

Negotiation with sin usually leads to falling into it rather than conquering it.

You don’t have to be stuck in those temptations that surround you. You can walk out of those temptations just as easily as you walked into them. God has made a way for you to escape, but you are the only one who can make the choice to jump through the escape hatch!

So today the Lord is asking you: Are you going to stay the way you are right now? Or are you willing to take the proper steps to escape from the emotional temptation and demonic trap? The choice is yours to make. You are the only one who can chose to walk of those temptations or negative situations.

The moment you make that decision, your journey of freedom has begun and the Lord will lead you to victory.

Standing with you in faith,
Dr. Bill Basansky

**Dr. Bill Basansky, born in Ukraine, was confined in Nazi prison camps during parts of World War II. Dr. Basansky became paralized in his legs, resulting from an injury during his work in the Air Force. Thankfully, God healed him and restored his body from drugs and alcohol, and his mind from thoughts of suicide.

For five years, Dr. Bill worked with Oral Roberts University as a professor, and afterwards moved to Florida and founded Love And Grace Fellowship, which he and his wife pastored for over 14 years. His ministry is now focusing back to his country of origin. Scheduling multiple missions trips a year, Dr. Bill Basansky has started es, established Bible Schools, and held leadership seminars to train pastors and leaders. With his partners and friends have been able to ship more than $15 million in medicine, medical equipment and supplies, vitamins, clothing, food, and shoes to his home country. Dr. Bill is serving as an advisor and spiritual father to our leadership.  We celebrted Dr. Basansky’s promotion  to heaven September 9, 2010. 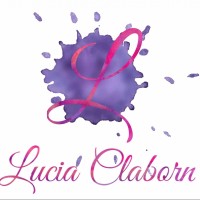